Dan and His Experiences in the Produce and Media Industry

Dan’s passion for produce began in 1976 when he started working at a popular open-air produce market in Alameda, CA. Dan worked at the market for more than 9 years and then moved on to Fry's Food Stores in 1985. There, he worked as a produce manager by day and moonlighted as Rock Jock on KCFM Radio in the Bay area. Naturally, his love for broadcasting, production, voiceovers, and music of many genres urged him to share his vast record collection with his listeners. What happened next was a paradigm shift that sent Dan’s goals into a completely new direction, but he did not know it yet. 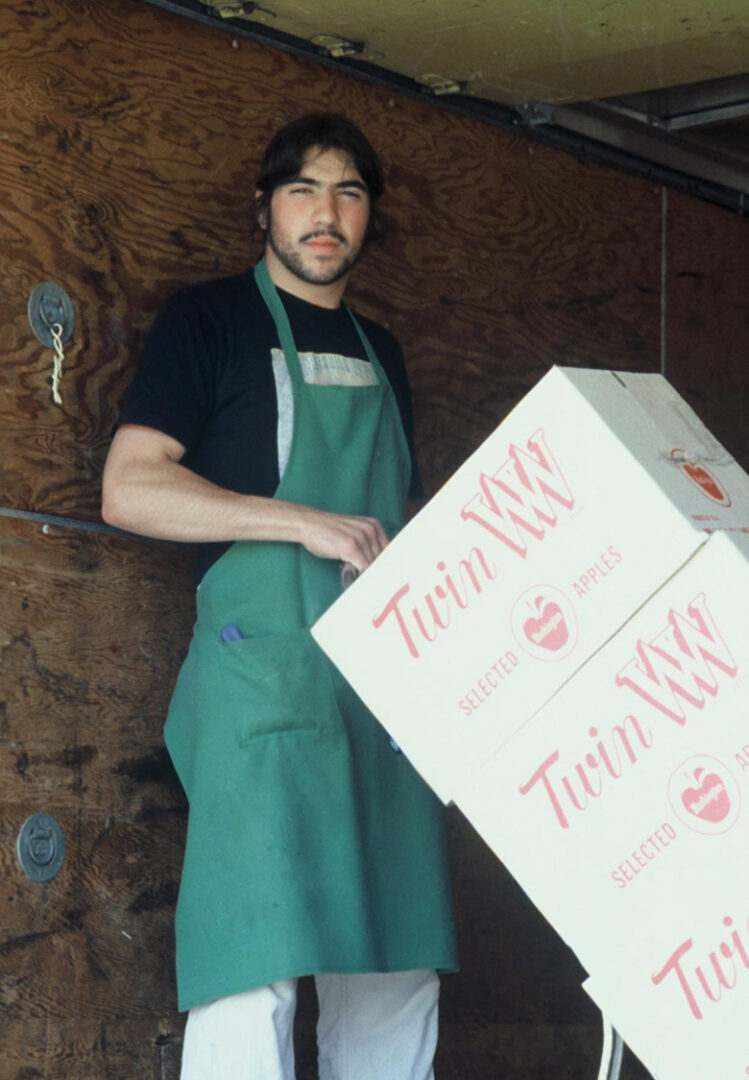 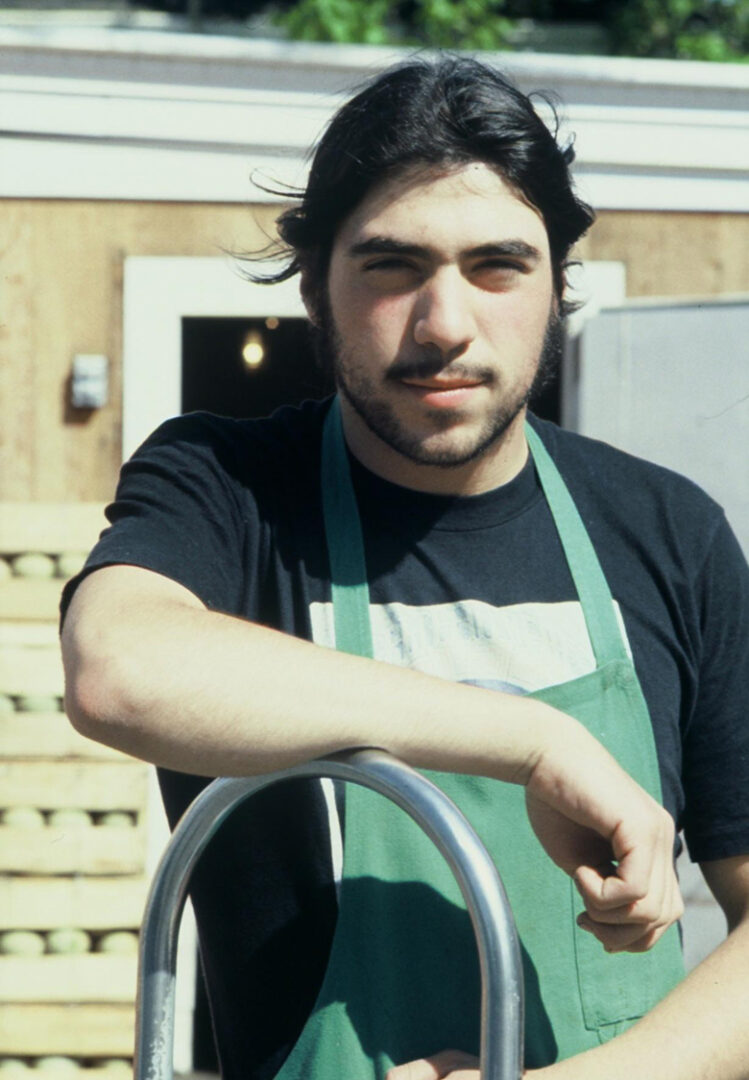 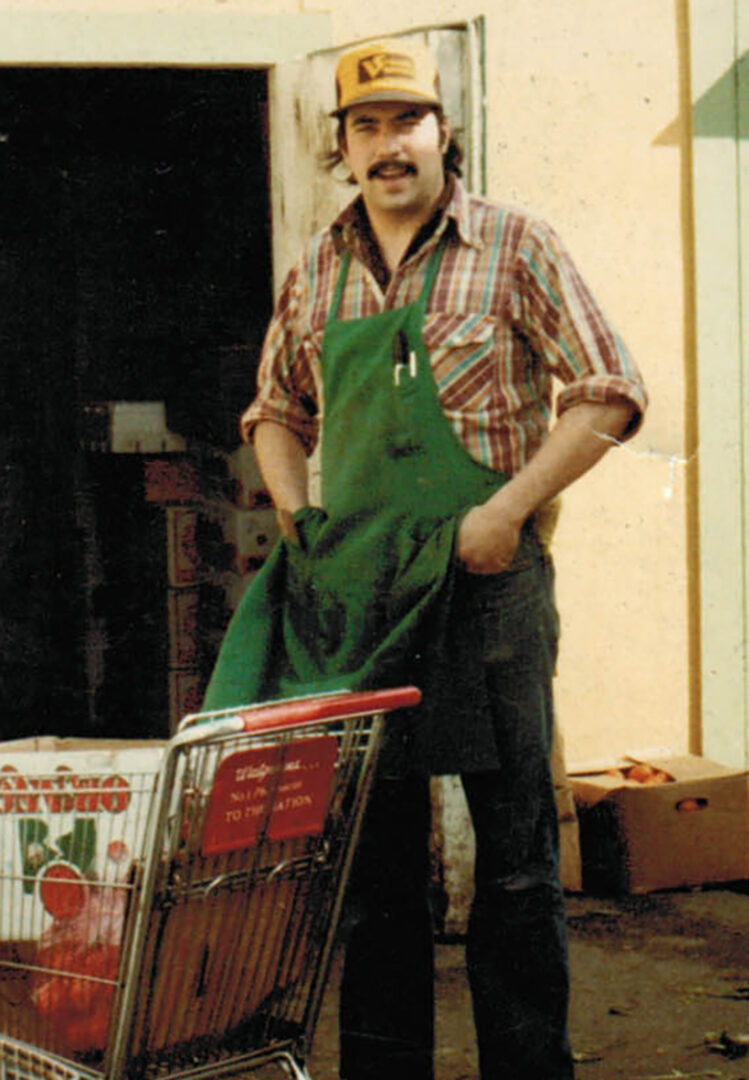 Being Recognized in the Produce Industry

Occasionally, Dan would bring fruits and vegetables to the radio station and share them with the staff. Questions would arise about the various produce items, so he would answer them. One evening during an interview one of the guests asked him about some of the fruit that he had brought into the station. This happened on-air and calls started coming in. Although it was fun, Dan dismissed it and didn’t give it much thought until many years later.

Meanwhile, Dan’s quest to learn the many facets of the produce industry brought him to Costco Wholesale in the late 80s. There, he helped pioneer the produce program in the Western region. Then, in the early 90s, he helped establish the Produce Quality Assurance program Sysco foodservice at their Bay Area Distribution Center as well as many other projects in the fresh produce industry.

In 1998 Dan’s friend and fresh produce colleague Mark Ferro aka Guido the Gardner approached Dan to do a produce radio show. Dan resisted, but Guido persisted. To get Guido off his back they visited a local radio station where Dan’s long-time friend Bay Area radio personality Jay Michaels was working at the time to use the production room to make a demo tape. Dan and Guido didn’t know that the station owner was listening in and halfway through the recording he burst into the production room and exclaimed “I want you guys on the air!” That’s when The Produce Pair Radio Show was born. Shortly after it was picked up by the Talk America Radio Network and eventually the Universal Talk Networks.

The Produce Pair ran for seven years as a one-hour Saturday morning lifestyle show. It led to appearances on local and national television and live events.
In September of 2020 Dan and Guido revived The Produce Pair Show as a podcast. The show is listened to on eight major platforms in 12 countries around the world and is steadily growing.
Listen to the podcast 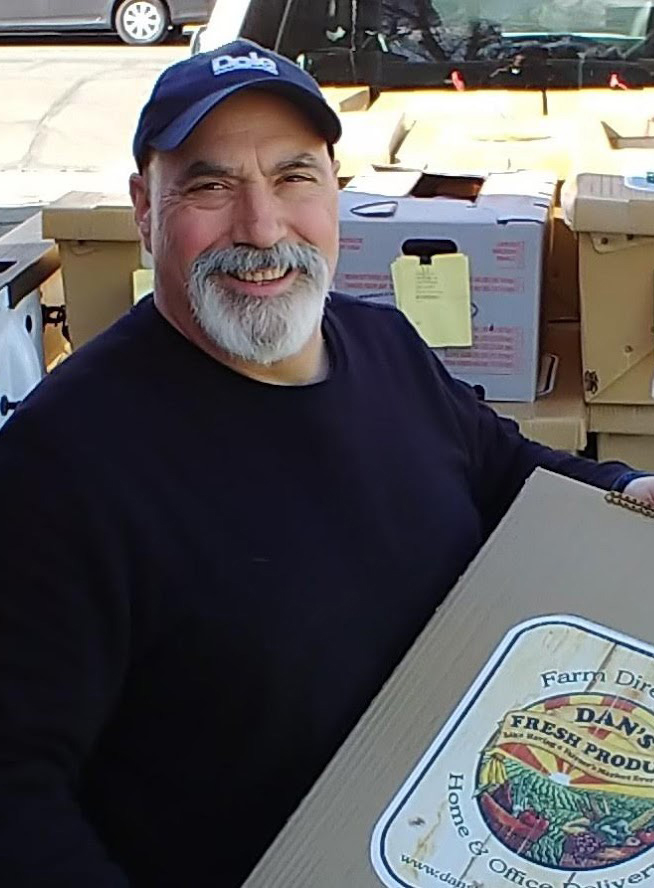 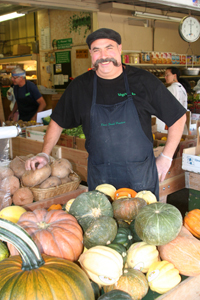 For several years, Dan owned the multi-award-winning Dan’s Fresh Produce, a retail-wholesale market at the same location where he started in the mid-1970s. His commitment to local and small family farms became his signature tagline “It’s Like a Farmer’s Market Every Day!” The market quickly became a popular destination for families, foodies, gourmands, local chefs, nutritionists, and everyday shoppers in the community and its surrounding areas. Winning many awards and recognitions including Best Produce Market in the Bay Area several years in a row by Bay Area A-List. It was here that Dan created his YouTube channel appropriately called Dan The Produce Man using his television and radio experience to promote fresh produce to the public.

Today, Dan focuses on promoting the joys of fresh fruit and vegetables on his YouTube, Vimeo and Rumble channels as well on other websites, social media platforms, live events, Bay Area television and a podcast.
Dan is also a valued consultant in several fields of the fresh produce industry.
To book Dan click here. 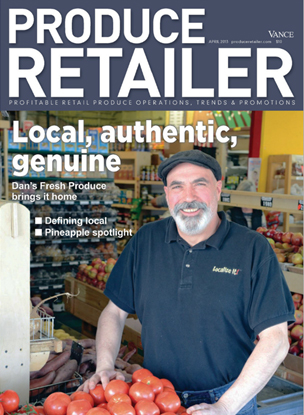 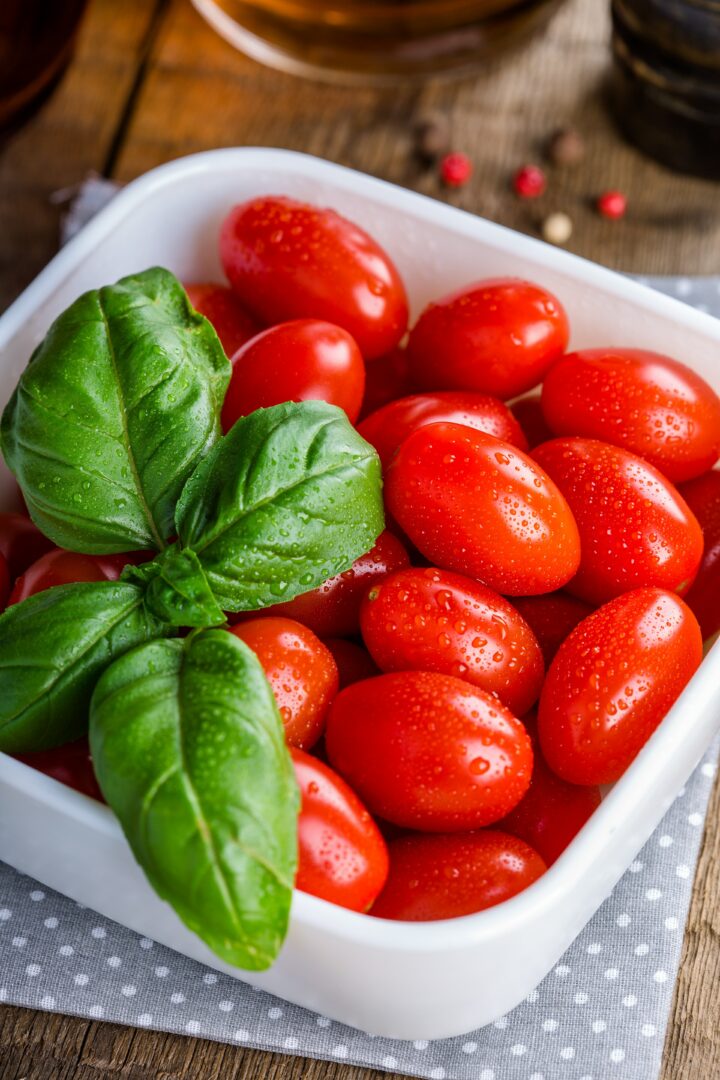 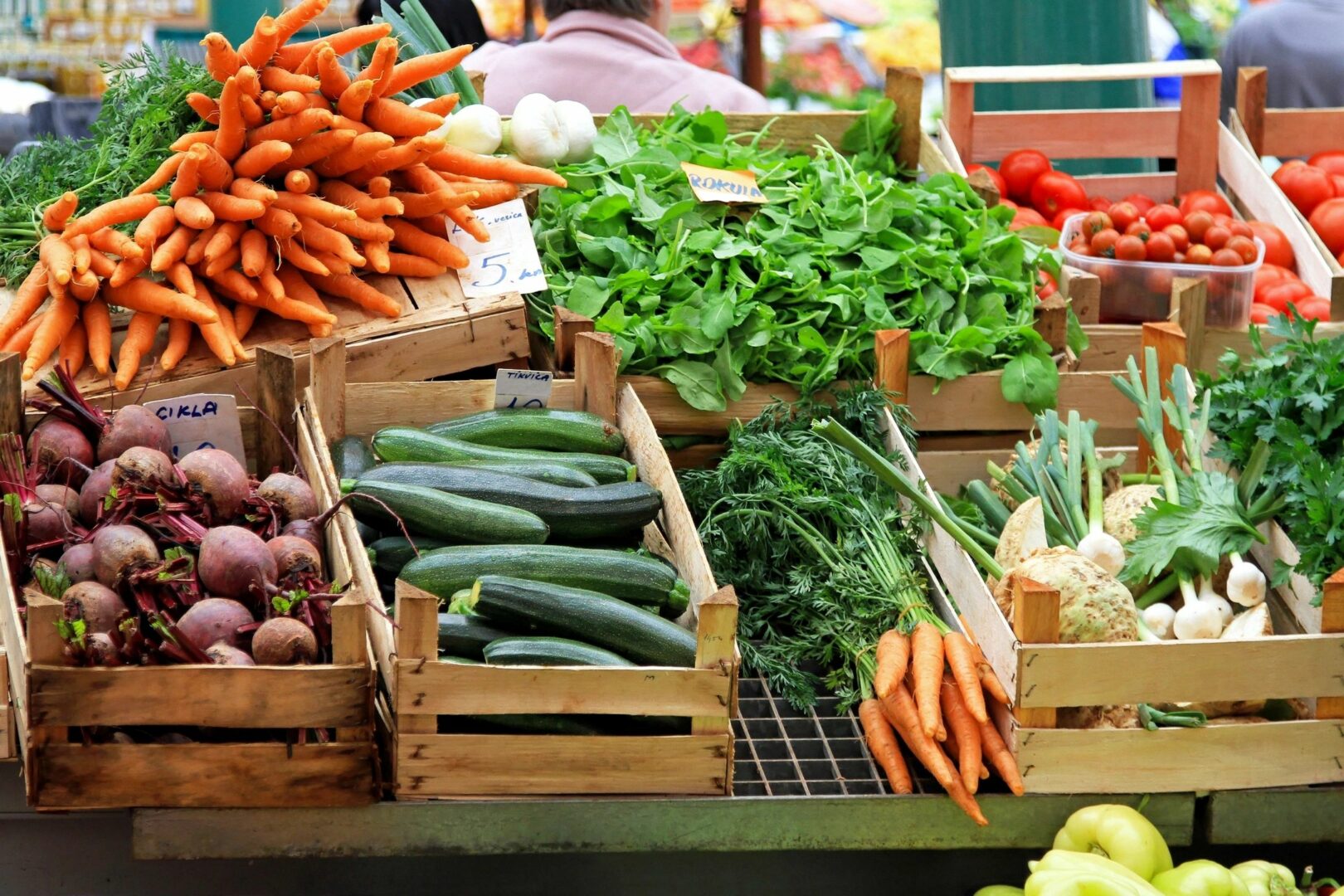 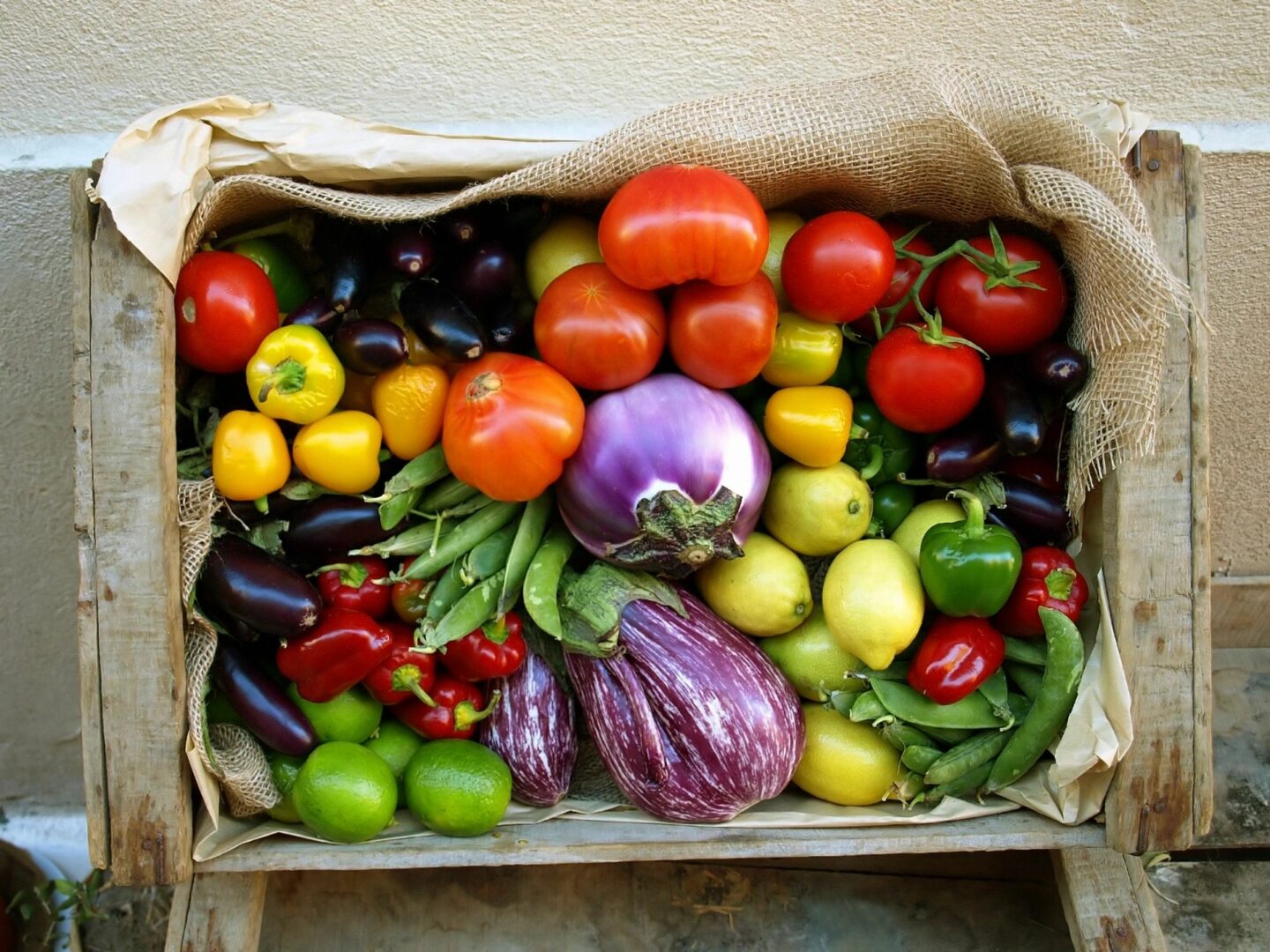 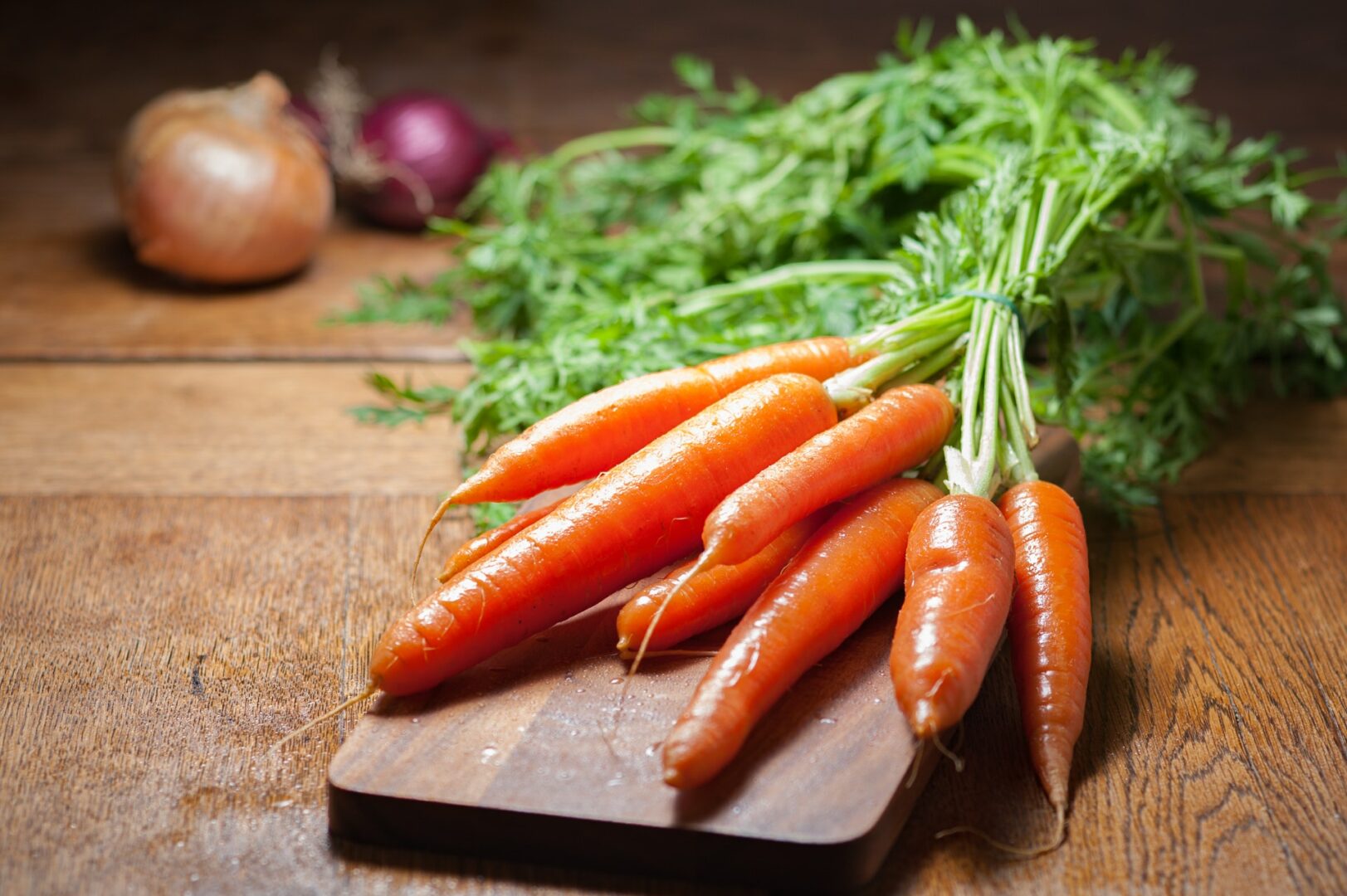